Forever Wild properties are purchased from willing sellers through fee simple title acquisition, immediately turning over to the appropriate entities within the Alabama Department of Conservation and Natural Resources to manage under the provisions of the Forever Wild Constitutional Amendment. However, the Wehle tract was purchased under unique circumstances. Mr. Robert G. Wehle negotiated the sale of his estate to Forever Wild at a discounted price (50 percent of the appraised value), but retained ownership of a small inholding surrounding his compound including his house, outbuildings and cabins in a life estate. Additionally, Mr. Wehle retained the management rights on the surrounding property until his 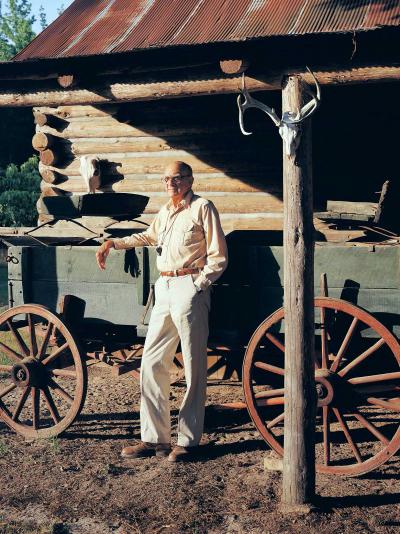 death, which is known as a life estate interest.

The existing natural attributes of the property coupled with its proximity to the adjacent Barbour Wildlife Management Area supported a high score in three of the four Forever Wild management designations. As a result, the entire tract was purchased as a nature preserve, recreation area and wildlife management area under Forever Wild’s multiple-use philosophy.

Shortly after the sale in 1994, Mr. Wehle donated an adjacent 25-acre parcel to the State Lands Division to provide a location for the construction of a nature center and generously contributed half of the expenses to build it. After its completion in 1998, free conservation-themed programs and special events were regularly offered to the public.

In 2004, two years after Mr. Wehle’s passing, the State Lands Division and the Wildlife and Freshwater Fisheries Division received designated areas of the tract to manage following the terms of the acquisition. The inholding surrounding Mr. Wehle’s compound transferred to the State Lands Division under the life-estate agreement. Shortly afterwards, the Wehle Land Conservation Center was established on the former compound grounds to expand upon the existing programs of the Wehle Nature Center.

Additionally, the stewardship of the upper two-thirds of the Forever Wild tract shifted to the State Lands Division for management as a nature preserve and to provide for recreational opportunities, while the remaining southern parcel was added to the Barbour Wildlife Management Area.

Maintenance of both the Wehle Nature Center and Wehle Land Conservation Center is financially supported, in part, through annual distributions from the Robert G. Wehle Charitable Trust, a perpetual trust established by Mr. Wehle before his death.

In addition to being an avid conservationist, Mr. Wehle was a breeder of English pointers, a sculptor, raced horses and owned broodmares for many years.